Born in Pennsylvania in 1956 and educated at the Maryland Institute College of Art, Don Joint has exhibited nationally and internationally since 1992. His work has been reviewed in The New York Times, Art in America, The Observer, Art News, and The Paris Review. Joint's works are in the collections of the Baltimore Museum of Art, The Cleveland Museum of Art, The Oklahoma Museum of Art, the Akron Art Museum, and the Toledo Museum of Art.
His masterly mixed-media collages follow a painterly exploration of Ekphrasis, a rhetorical device in which one work of art tries to relate to another work in a different medium. Joint does this by defining and describing the inspiration’s essence and form, and in doing so, relating it more directly to a contemporary audience.
Specifically, Joint’s initial inspiration evolved from John Keats’s poem "Ode on a Grecian Urn." In 1819, Keats was inspired by the Grecian Urn to write his famous poem that has influenced numerous poets and artists over the years. Joint feels that ekphrasis gives the artist the basis of inspiration in another’s creative endeavors.  This approach frees him to refine and go beyond merely an “homage” to another work of art.  “My challenge is to create works of art inspired by classical themes and compositions and thereby create a new expression that relates to current contemporary culture.”
Joint’s 2014 Coney Island Blueprints series synthesizes elements from Japanese Ukiyo-e prints and industrial renderings of Coney Island Amusement Park rides, to create a fantasy world in which viewers can narrate their own fantasies. This Carnivalesque treatment is a visual return to the artist’s boyhood memories of the historic Pennsylvania amusement park, which expanded upon a series of intimate, poetic collages, which was present in his 2010 Waldameer series. Gestural washes of paint and ink abound in a decidedly high-key palette of vibrant jewel tones intersected by sharp lines of saturated color. Joint layers pasted images of exotic fish, carnival tickets, Japanese woodblock prints and other printed evocations of play.
Joint’s work is handled in New York by Pavel Zoubok Gallery and Francis Naumann Gallery, both members of the ADAA. Joint's work is also available at Childs Gallery, Boston. 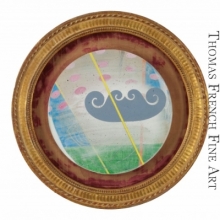 The Snowy Ride to Mt. Calvary 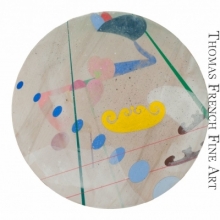 Off to School in Heavy Traffic 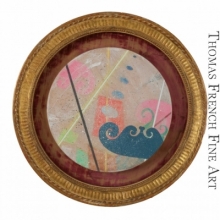 St. George and the Dragon after Uccello 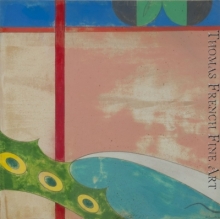 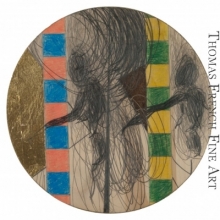 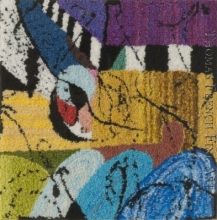 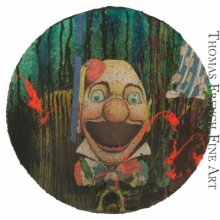 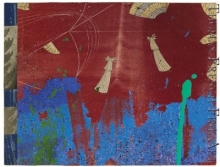 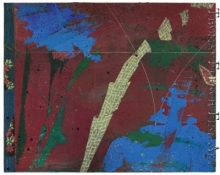 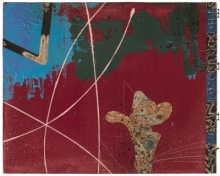 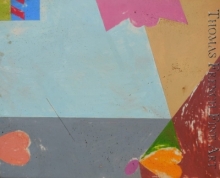 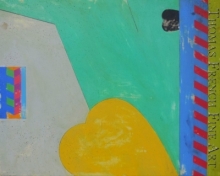 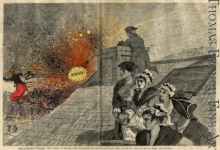 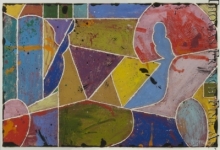 The Working Methods of Uncle Wiggily VI or Flowers for Grandma 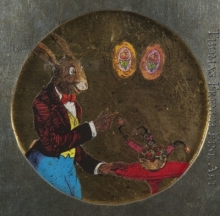 The Working Methods of Uncle Wiggily IV or Picnic's Over 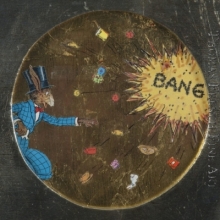 The Profanation of the Host, The Host Restored

The Profanation of the Host, Angels & Devils

Scenes from the History of the Argonauts, #8

Scenes from the History of the Argonauts, #6

Scenes from the History of the Argonauts, #4